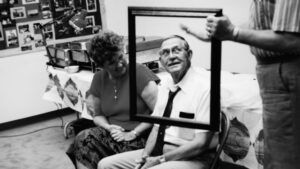 Bill Hulse, retired Wasco County Judge, was a founding Board Member and steadfast supporter of the Discovery Center. Bill’s political and professional acumen made so many important things possible in Wasco County and beyond. His kind heart touched the lives of many. Our organization would not be what it is today without his wise and steady guiding hand. 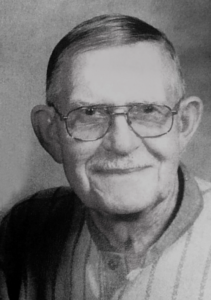 Some Words from nephew Howard Collins

Few people from Wasco County have had the influence locally or nationally during their life as William (Bill) L. Hulse of Dufur, Oregon.  Aside from successfully farming both irrigated and dry land wheat, raising hogs and cattle, flying an airplane, establishing a bank (Columbia River Bank), being elected President of the Oregon Wheat Association; Elected President of the National Wheat Association; traveling the world to open agricultural markets in Asia, China, and India; being elected Wasco County Judge, surviving being poisoned twice by the Rajneesh; and establishing the Columbia Gorge Discovery Center.  For many of us our own jobs are hard enough, demanding enough to occupy all our time; but Bill was different; he had capacity to go beyond; to commit; to make things happened locally and nationally.

Bill Hulse loved Wasco County; Dufur, The Dalles, the people and the land. He had perspective and was able to use his strong moral compass to navigate tough times.  He saw the need to promote soft white wheat to the markets of Asia and beyond.  He stood resolutely against those that attempted to live beyond the law. But he also had a much softer heart than the crusty exterior might allow you to see.

Bill was right when he said someone needed to write a book about the Rajneesh because no one would believe it otherwise.  Well the same might be said for this man, born in Moro, raised on Tygh Ridge 13 miles south of Dufur; who became good friends with Senator Mark Hatfield; yet stayed close to home to handle local projects and to oversee County business.

He was a humble man who did not think anyone would want to celebrate his life or that it was worth celebrating.  Let’s celebrate the life of a truly great Wasco county citizen, William (Bill) Hulse on Sunday, April 14, 2019 at 2:30 at the Columbia Gorge Discovery Center, The Dalles, OR.